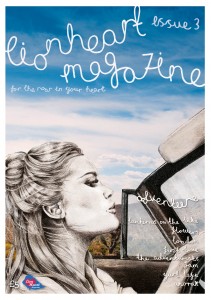 Down the rabbit hole
I don’t know when I changed my mind, but it happened somewhere between the park and the pub. I didn’t want to be with this guy, because I was so raw and fresh from the last one I loved; it takes so long to walk away even when you know you have to do it. Because you have to take pause when you call time on a relationship that has lasted years, a relationship that you thought, just for a moment, may be the last one you were ever going to have … Like I say to my friends when they agonise over their decisions, wringing their words in every which way in order to undo that nagging feeling: it’s not hard, it’s just painful. When we were younger it was harder to know what we wanted, but not anymore. The awareness of what I am sits with me, like a feather in my mind and a rock in my stomach. They don’t use words, those two, but it is a language that speaks in perfect resonance.

Except when it doesn’t. When I met this guy, just a couple of weeks after walking away from the last one that meant everything to me, it felt like coming home. I shrugged; I’ve been at home before. The feather and the rock are devious little tricksters, they have an agenda of chaos, of rollercoaster journeys down the rabbit hole, and this is not the time for that. I want to be on my own, I want to feel what it’s like, at long last, to not be looking. To be reliant on nobody but myself, like in a girl-power pop song. To just have fun. You can’t fake that feeling and I know that, because the last time I tried to chase it, the feeling remained at large; I’d scowl around for it while stomping home after yet another night out that left me feeling like I was the only single girl in the village. I wanted to be happy being by myself, shuffling down the pavement singing along to the music in my ears, indifferent to the comings and going of boys and just being free, happy as the sole ruler of my little castle. But instead I felt like Sleeping Beauty, stuck behind the briar growing high over my head, gnawing at my walls, closing me in. ‘Someone come save me from this,’ I’d whisper in the rare moments when I let myself feel what I was really feeling. I hated myself for it, pacing around behind the hedges, seething with resentment for failing to be strong.

That was a long time ago now, and it’s one of those stories I cringe at admitting to. So I was so excited this time, to be venturing out on my own again without this cloud hanging over me; less Briar Rose, more Lara Croft, if you will. I am in need of nothing and no one this time, and I am charmed by my flush of independence. So when this man, this annoyingly familiar, generous man with the most open face and arms I have ever come across in my life, stepped into my path, I felt my eyes narrow. ‘What the hell are you doing here,’ I said, ‘I have plans and they certainly don’t include you!’ I dismissed him with a flick of the wrist, because right away I realised a fling would be out of the question: it would be the next big thing. He didn’t agree but he understood. Some time went by. He stuck around and I kept him at arms’ length. He churned around in my head.

So, somewhere the park and the pub, in the middle of the big city on a rainy summer night. I was a little drunk, but not very. He kissed my cheek, and my forehead. I closed my eyes. He lit a match and threw it at me, and it turned out I’d been doused in petrol and now I was in flames. I swore at him, with the taste of him still on my lips, cursing him for setting me alight. He apologised and went away. I thought about him for 48 hours solidly. I picked up the phone and asked him to come over.

He is still here, and from here on the story is set in the present. I know I’ve been suckered, but I’m old enough to know that this sort of magic doesn’t come around very often. When it does, you have to climb up to the top branches and feel them sway underneath you, and trust they won’t break. I didn’t want to be up here but I am, and I’m concentrating on the moment. It’s the only thing I can do, because every other time I’ve done this, I’ve always been sent crashing to the ground.

I wear an old key on a string around my neck, it’s been with me almost every day for the past four years now. I love the idea of a key: one solution, one way, one final answer, one person. Of course, this is a crock, because there are many solutions, lots of way, a thousand answers that change as we go along, and there are lots of people. It would be easier if this wasn’t the case, but it would also be a lot more boring. Right now the feather in my mind and the rock in my stomach are weightless, spinning around each other; I’m keeping them there with steely determination but my grip on the situation won’t last. I know this because of what happens when he looks at me, with the bluest eyes I have ever seen. I can feel the branch sway underneath me, and as happy as it all makes me I am old enough to know that it’s also a threat. I squint and look closer, into his face, looking for answers, but there are no shortcuts, no tricks, no keys. He looks back at me and smiles, and I see nothing but open road and blue skies. I feel the wind rush around me and I think, maybe, just maybe.