FINTECH CITY
The hottest thing in the tech startup scene right now is finance. Because no one is better at fintech than London – not even Silicon Valley.

Is the London tech startup scene becoming a true competitor to Silicon Valley? The fact that we once called it Silicon Roundabout is a nod to how far-fetched that idea used to be. But it’s been a very, very busy decade around Old Street, and no one says roundabout anymore – this is Tech City. The Valley is still unsurpassed in terms of breadth and whitehot ambition, but London is catching up fast. Add that to the fact that London is a world class financial centre, and what do you have? The start of a British fintech boom that could make London one of the biggest innovation centres in the world.

“I don’t think that’s an exaggeration at all. It’s absolutely true!” Eileen Burbidge knows better than most just how good London is at fintech – she was the undisputed queen of Tech City long before becoming the new chair of Tech City UK, the public body promoting the London scene. Silicon Valley may have software expertise, says Burbidge, but it doesn’t have the financial expertise. In London, we have both: “What we have in London, is if you took Silicon Valley and put it in the same city as Wall Street. Then, add Washington DC for policymakers and regulatory departments. In London, we have that all in one city. And there’s no way any other tech hub can beat that.”

As a partner in early-stage venture capital group Passion Capital, Burbidge has backed fintech darlings such as GoCardless, DueDil, and Digital Shadows, and will speak in rapid fire about why her companies – and others beyond – have excellent prospects. Take the challenger banks Starling, Atom and Mondo, offering app-only current accounts. Passion has invested in Mondo, but as Burbidge is also the UK Government’s special envoy for fintech, she’s enthusiastic about them all: “There’s something to be said about the level of disruption this will introduce. … This is probably one of the biggest bets we’ve made at Passion.”

Enter big money
Venture capitalists made another big bet on London fintech this April, when peer-to-peer business lender Funding Circle raised $150 million in what’s one of the biggest VC deals in the UK to date. But this isn’t an isolated case: British VC tech investments reached a new high in the first half of the year, with almost $1.5 billion raised, according to numbers compiled by London & Partners. Funding Circle, and fintech peers such as Azimo, WorldRemit and Currency Cloud, lead the charge: fintech attracted $472 million in the first half of 2015, representing 40% of all the money raised in London.

This represents a possible gamechanger for the London tech scene: to be able to attract big money without having to go to Silicon Valley. One defining factor of London startups has typically been how they’re making money almost immediately, in part because “practical” UK startups like fintech attracts more paying customers than social media. But this steely focus on earnings is also a symptom of how the UK funding climate won’t tolerate the kind of high-risk ventures more commonplace in the Valley. Access to bigger funding deals is arguably vital if London is to grow bigger companies, as it will enable startups to focus more on strategy and expansion.

“A lot of what happens in start-up industries is based around the attitude of the risk capital industry. In a hard-driven financial services world, getting profitable in a short period of time is extremely important,” says David Slater, head of international business development at London & Partners, the Mayor-backed organisation working to promote the capital to business. Looking back to the funding environment five-ten years ago, Slater remembers how the London hub was known for having good companies, but investors just couldn’t trust their payday would come. With the recent surge in high-value deals, this is now starting to change: “Once you get into a cycle of not only risk capital coming in, but also there’s a way to get it out – that’s a big step change in the way our technology industries will grow.”

Slater is optimistic about the prospects of UK tech, even though he’s reluctant to draw direct comparisons to the Valley. Still, he acknowledges there’s plenty there to admire: “We’re trying to emulate the Valley in terms of their appetite for risk, creativity, quick execution, developing the right talent, and entrepreneurial spirit. But London is different,” says Slater, pointing to how UK technology innovation is less about social and more about things like education, retail, video games, and finance.

Right now, London is brimming with corporate-sponsored startup accelerators (several just for fintech), as corporations are increasingly embracing the disruptors. Instead of looking at newcomers as threats, incumbents are supporting them with cash and mentoring, keen to tap into fresh ideas. This is one of the reasons why Slater thinks London is the perfect test bed for tech innovation: “We have all sorts of well-established industry there. It’s ready, and even accepting of the fact they’re going to be disrupted.”

The deep finance bench
The fact that the government values fresh thinking in the financial sector is a vital factor behind the fintech boom. Gemma Godfrey, who’s currently setting up fintech venture Moo.la after previously heading up investment strategy at Brooks Macdonald, highlights how recent regulatory advances have driven change. “We have a very supportive regulator. We have new pension freedoms, and the Retail Distribution Review has provided transparency over the way people pay fees,” says Godfrey. She points to how the rise of the “DIY investor” has paved the way for online-only companies like Nutmeg to offer wealth management and pensions.

Still, there can be significant barriers to overcome for startups moving into a traditionally-minded area like finance. “If you’re trying to do something new it’s only natural you’re going come across hurdles. If it hasn’t been done before, you need to create it,” says Godfrey, adding how new financing models are currently co-existing with the old ones, but they need to be better integrated. The first steps in that direction came last year, when Santander partnered with Funding Circle to become the first bank to establish a referral system to an alternative lender. Along with the rise of new technologies, these kinds of collaborations makes Godfrey optimistic about London’s prospects for becoming the global leader in fintech. She’s less sure if we can expect to compete with the Valley in a more general sense: “But for fintech, and certain subsets of technology? Absolutely we can! It’s really exciting.”

Increasing support from the established financial sector has been key to the rise of London fintech startups. But there’s only so much you can do to force a tech hub to happen, says Eileen Burbidge – the change has to be broad and cultural. “Silicon Valley became the strength that it is, not because it had envoys and investment programmes. It produced companies like Google, Facebook, eBay, Yahoo and Apple because the overall environment supported it.”

Burbidge points to how London has over 300 of the world’s largest banks, and the UK has over 100,000 financial services knowledge workers. While there’s no shortage of 20-something CEOs in the fintech crowd, there’s just as many graying hairs – plenty of fintech founders come from traditional finance backgrounds. Burbidge attributes this in part to the effects of the financial crisis: “After 2008, a lot of people decided they wanted to set up for themselves, because they no longer had the safety net. They could take the risk to be more entrepreneurial.” The rise of corporate-backed tech incubators is also a reflection of how the world of finance changed after the recession: “Institutions that got crippled by the crisis realised they had to innovate, and become more agile and efficient in how they operate.”

Taking a global mindset
This is the natural time for the London startup community to step up to the next level, says Mark Pearson, co-founder of Fuel Ventures: “We’ve had everything evolve: funding, early-stage investors, mind-set.” Pearson launched Fuel Ventures following a crowdfunding campaign earlier this year, after selling his previous company, MyVoucherCodes, in a deal worth up to £55 million. One of Pearson’s goals with Fuel Ventures, an early-stage technology investment fund and incubator, is to nurture companies to compete on a global scale:

“You see a lot of companies coming out of the US with big ideas, with lots of funding on day one, before they’ve even proved anything. In the UK, we’re a lot more conservative. It’s much more about the numbers, and you have to be revenue-generative from day one. This can restrict people with the big visions,” says Pearson. The British model may result in fewer failures, but Pearson thinks we need to crank up our ambitions: “I’m all for revenue and profits, but if you wait too long and [spend too long] scaling, you lose the race globally.”

Thanks to technology and the internet it’s never been easier to take a global view, but Pearson is quick to point out how London has a few challenges to overcome if we are to catch up with the Valley. One is the sheer size of the US market: 300 million people with the same language, currency and culture. The UK only has a fraction of that. “Then to scale in Europe, we need to have multiple languages, currencies, regulations – that’s a challenge.” Having said that, Pearson sees no reason London tech companies can’t take on this task, as people are starting to think bigger: “Historically, UK entrepreneurs have been criticised for selling out to early. … It pains me that we don’t have a Google, Apple, Microsoft or Amazon from the UK. But let’s add some zeroes and some scale, and we’ll get there.” 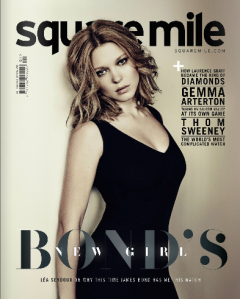