Why millennials are skipping university to go straight to the office
University is no longer the obvious choice for star candidates once their A-levels are done and the certificate is neatly framed. With soaring tuition fees and declining salary premiums after graduation, talented young people are increasingly choosing to forego life on campus. As industrious youngsters are champing at the bit to get to work, companies are finding they need to look beyond the graduate pool or risk missing out on top talent.

18-year-olds are finding increasingly more training schemes tailored especially for them, offered by future-minded companies looking to foster talent. Law, banking and accountancy are industries which have long picked up people at a young age, but as businesses are waking up to the fact that university is not the only route for the best and brightest, the trend has spread to technology, consultancy, engineering and marketing.

With tuition fees up to £9,000 per year, students who take out full loans will now emerge with a debt of at least £43,500 at the end of their degree. This is a significant burden when considering the graduate premium, traditionally cited to be £100,000 in extra earnings over a lifetime, has fallen by almost a third in the 15 years since 1993, according to research from the University of Essex. Consequently, UK university applications fell by 6.6% in 2012, and although 2013 is shaping up a bit better, this year’s UCAS figures are still below those of 2010, as prospective students are questioning whether university is worth it after all.

“It’s certainly a financial decision for students, but it’s also a lifestyle decision. Do I really want to go to university? Will I get a job in the area I want afterwards?” says Shelley Kendrick, director at recruitment specialist Kendrick Rose in Jersey. A bursary scheme, sandwich degree, or on-the-job training, may be a better bet for many. “For the organisations it’s about finding the right people for them, and a lot of that is about culture, competency, confidence, initiative and drive. Working is very different from university and a degree doesn’t give you common sense,” says Kendrick. “Communication and teamwork – those are the things employers are looking for now.”

Recruiting straight from school is a particularly important consideration for Channel Island employers, says Chris Usher, director of commerce and senior lecturer at Jersey International Business School (JIBS). “Although historically a somewhat fixed model on the island, going away to university is not necessarily right for everyone,” says Usher. JIBS offers a two-year degree in International Financial Services, awarded by the University of Buckingham, where students go to school part of the week and also get paid to work at either HSBC, RBSI, UBS or Standard Chartered.

“What the banks are getting out of this is to recruit that top quality talent. Traditionally there was a danger Jersey would lose some of the best and brightest as they go off to university to the UK and maybe not to return, or to return much later in their career,” says Usher, who plans to offer law and wealth management placements in the next year.

Usher agrees that it takes “a very committed individual” to study and work at the same time, a lifestyle that certainly leaves less time for partying. This will be a concern for a fair few 18-year-olds, meaning the trick for the companies is to identify the ones who will be worth the investment.

“Yes, they are young,” acknowledges Evelyn Brady, partner at PwC in Guernsey, “but our HeadStart programme particularly addresses people who come straight from school. We hold assessment event days, and we make sure the candidates understand what they are signing up for. If they join a firm like ours they have to commit to actually studying. We make sure they choose the right route, and that they have the right mentors to help them develop.”

Brady describes the success from PwC’s school-leaver programme as “phenomenal”, with the number of applications rising each year. Although there is always a risk that people may leave after their training, Brady says this is no more likely with the A-level students than any other age group. Hiring young candidates also mean an opportunity to raise people in the company culture, creating a degree of loyalty. Not to mention the benefit to the office of injecting some fresh blood every year: “We get people from different generations working together, contributing different insights. It’s important for us to be on top of changing dynamics in the workforce.”

Because joining a company like PwC means taking formal industry exams, Brady does not think the A-level recruits will lose out financially later in life by forgoing university: “Not if they are very, very disciplined, no. They need to do the exams, and they need to do an international rotation to show they can operate in environments beyond the Channel Islands. But if they do this, their opportunities are the same as anybody else’s.”

Events aimed at identifying talent from the school-leaver pool are run also by RBC, where promising candidates will be guided through professional exams. “Our focus is on providing robust and dynamic training to help attract, retain and develop young talent, irrespective of whether they have been to university,” says Alison Creed, joint head of RBC Corporate Employee & Executive Services in Jersey. “Many who have come through on the ‘Advance to Work’ scheme now have permanent positions at the company.”

Jackie Hankin, HR leader at EY (Ernst & Young) Channel Islands, says the company is seeing a rising number of candidates come through on the company’s school-leaver route: “There are lots of talented people out there who aren’t going to university, so if we didn’t recruit from that pool, we would miss out.” Once the Association of Certified Chartered Accountants exams are completed, the school-leavers stand at the same level of opportunity as anyone else at EY, says Hankin. “We want to build relationships for life. It’s a two-way street: the better the people who work for us, the better we are able to service our clients.”

But while opportunities abound for A-level students willing to put in the hard graft, no one interviewed for this article believes we are headed for a future where university will be obsolete.

“There will always be the gravitas and the caliber of a degree,” says Shelley Kendrick; this is true especially in certain industries or in companies where they really want to see a diploma from Oxbridge. University is also a valuable lesson in independence, and for many a necessary time to grow up a bit more before choosing a career. “You will get star graduates and run-of-the-mill graduates, and it’s the same with A-level students,” says Kendrick. “The stars will always stand out, and it’s up to organisations to recognise them.”

While agreeing that universities will remain relevant, Evelyn Brady believes companies are waking up to the fact that further education is not for everybody: “By ignoring people who don’t choose university you can certainly miss out on some top talent. At PwC we want to get the intake mix right. If we didn’t recruit school-leavers as well as graduates, we would run the risk of losing out on local talent.” 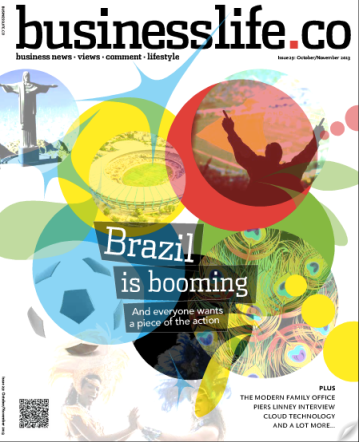