The next generation
David Tawil and Ryan Kalish are a tag team. “We’re old friends. We went to school with each other and travelled the world together,” says Kalish. The company founders keep finishing each others’ stories: “I moved here from South Africa when I was 16, so David and I arrived at school on the same day, all those years ago,” says Kalish. Tawil continues: “I wanted to make some friends, so I had a look around, thinking: ‘Who’s the tallest guy in the room? That’s a good guy to make friends with!’ And that was Ryan.”

HedgePo is a story of the power of networking, and it all started that day in a sixth form classroom in North London. A lot has happened since then, though: HedgePo launched in April 2013, and today the hedge portal has over 700 institutional investors and family offices as members, accessing data from 1500 funds. The big idea is to use the power of networks and data to empower investors to make better decisions.

We’re meeting in opulent surroundings at the Dorchester Hotel, the site of tonight’s Investors Choice Awards, hosted by HedgePo in partnership with CNBC. Our suite looks like old money: gold chandelier, plush carpet, mirror-covered bar, pungent flowers. The co-founders look more modern: both in dark, slim suits over white shirts with open collars. One is tall and the other shorter, both are soft-spoken but excited about what’s happening in their growing company.

“We’ve always been quite good at bouncing ideas off each other,” says Tawil. “I think this collaborative approach is a really powerful thing, and for us it’s been the energy behind the business.” Their office isn’t far away, just off Regent Street, where the team of 12 is growing rapidly as HedgePo is focusing on developing the technology platform. “We see ourselves as a financial technology company,” says Kalish. “I used to work for fund of hedge funds, where I’d speak to managers, recommend investments, and then manage those investments. Part of what we’ve tried to build is a tool that’s useful to somebody sitting in my old seat.”

A private community
So a network where fund managers and investors interact digitally, that’s a bit like a LinkedIn for hedge funds? That’s what CNBC called the company. “Well, I think we’ve moved on from simply being like LinkedIn,” says Kalish, laughing. But his reluctance is understandable: HedgePo wants to be a far more vital component to its world than that. “There’s definitely a network element though, that’s fantastic. But I think the reason why it’s so active is because it’s useful.” That’s due to the investor-centric nature of the platform: “Everything we do is about building useful tools for investors to discover interesting investment opportunities, but also to understand their current investments. The technology is there to help them do that.”

I’m taking the co-founders’ words on what the portal looks like, as I’m not allowed to see it: “Well, the data is confidential!” But apparently, funds can see things like information about investors, their preferences, and what strategies they’re interested in. Investors can read up on the funds, including performance, weekly estimates, and the team. There’s also a newswire where funds are pushing commentary, newsletters, video and time-sensitive information, and everything can be filtered according to interests.

In a sense, HedgePo is one of those ideas which may seem so obvious it makes you wonder why it hasn’t already been done. But technology and the financial industry have been a reluctant pairing, and the advantages have only recently started proving themselves. “In light of recent regulation and compliance issues, fund managers are realising technology can actually empower them to manage their privacy,” says Kalish. With HedgePo, managers can select which investors on the platform have access to their information, which results in better control over who sees it than to sending out documents via email.

This should appeal to the nature of the hedge fund industry, says Tawil – he’s careful to call the industry “selective”, not secretive. But, adds Kalish: “There’s also an element of HedgePo being a bit like a private members club where, on the surface, people in the industry can request access, but we only grant access to individuals and companies that meet our requirements. […] This private community is what give fund managers a safe space to share information.”

The co-founders see HedgePo as something they want to focus on for the next 20 years, at least: “We want to be a big part of what the industry looks like in the future,” says Kalish. Maybe joining the industry in 2008 has something to do with that: “We got involved when everything was gloomy [and] didn’t participate in the bull run of the early 2000s. We have a hunger to leave our mark!” In that sense, joining the industry in a time of crisis may even have freed up the co-founders to embrace a different approach: “We feel excited about technology and innovation. We’re passionate about bringing this to an industry that is very much older and established. Now, new managers who’re more open and a little bit more transparent are coming onto the scene – we’re a part of that wave.”

But as much as HedgePo is about embracing new tools, make no mistake: “This is still very much a relationship-driven industry,” says Kalish. “When we speak to family offices and institutional investors, it’s still those relationships the business depends on.” The co-founders are grateful for the support they’ve received, from investors, the financial technology industry, bigger businesses who want to work with them, and the UK Trade & Investment, which invited HedgePo to represent the London fintech scene on a recent trade mission to New York. Not to mention the support from Kalish’s old employer Stenham Asset Management, which let them work out of their offices while they were setting up.

Early dedication
Back before any of this happened, after sitting next to each other in sixth form, Tawil and Kalish travelled together during their gap year. I try my best, but I can’t get the two to admit to anything other than having been terribly nice boys: “Ryan used to DJ our parties at school,” says Tawil. “I was the DJ,” Kalish nods. “I was really into music.” Back then they had no idea they’d be going into this line of business together. “No, not at all,” says Kalish, shaking his head. “Although maybe there was an indication, in the sense that a lot of what we do is based on data and quantitative metrics. David and I used to cram for exams together, sitting at David’s dining room table and his mother would bring us water.” He laughs. But, Kalish figures, this interest may well have been the reason why he was able to carve out a place for himself at Stenham, graduating from the London School of Economics in the depths of the financial crisis. Tawil took a similar route to Credit Suisse via Bristol University. And anyone with half-decent maths skills will have worked out this pair’s age bracket by now: “We’re 28,” they confirm. Is that something they tell people? “We don’t advertise it.” We all nod quietly, moving swiftly on.

The idea for HedgePo was cemented during a long flight, says Tawil, although, Kalish adds, the desire to run a business stretches further back: “I always wanted to start a business and to do something entrepreneurial. […] We both wanted to create something of our own and be able to run with a vision of our own.” The co-founders both live centrally in London. “I play tennis, ski, travel. I like to hang out with friends and go for a drink. Very simple pleasures,” says Tawil. Kalish’s family is spread all over the world, and he spends a lot of time in Zurich, where his fiancee is from. “But I love London. I think it’s the best city in the world. I’ll often walk around London for hours, just looking at the street scene. That’s where I think our best ideas have probably come from: walking around Hyde Park.” Tawil adds: “They are our walking meetings.”

HedgePo has already started expanding beyond the world of hedge funds, to also include venture capital and other real assets. For the first time since the launch, the company is looking to raise money, and a second office will open soon in New York. Things are happening quickly, but what’s the ultimate goal? “We want to become – and we feel like we are becoming – the network that connects investors with the fund managers that they care about,” says Kalish. “We always see ourselves as being independent and impartial: not too closely aligned with either the investor or the manager, and if anything, leaning towards being aligned with the investor.” So forget about being the LinkedIn of the investment industry: “We want to be the Bloomberg of this industry! We want to be the platform that everybody needs to be plugged into.” 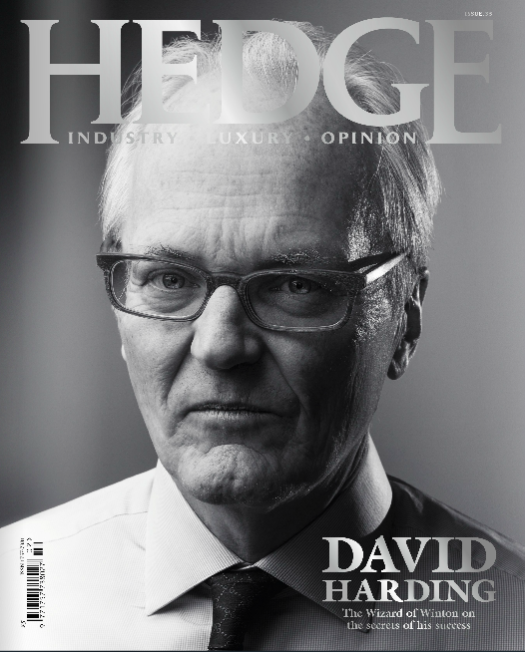