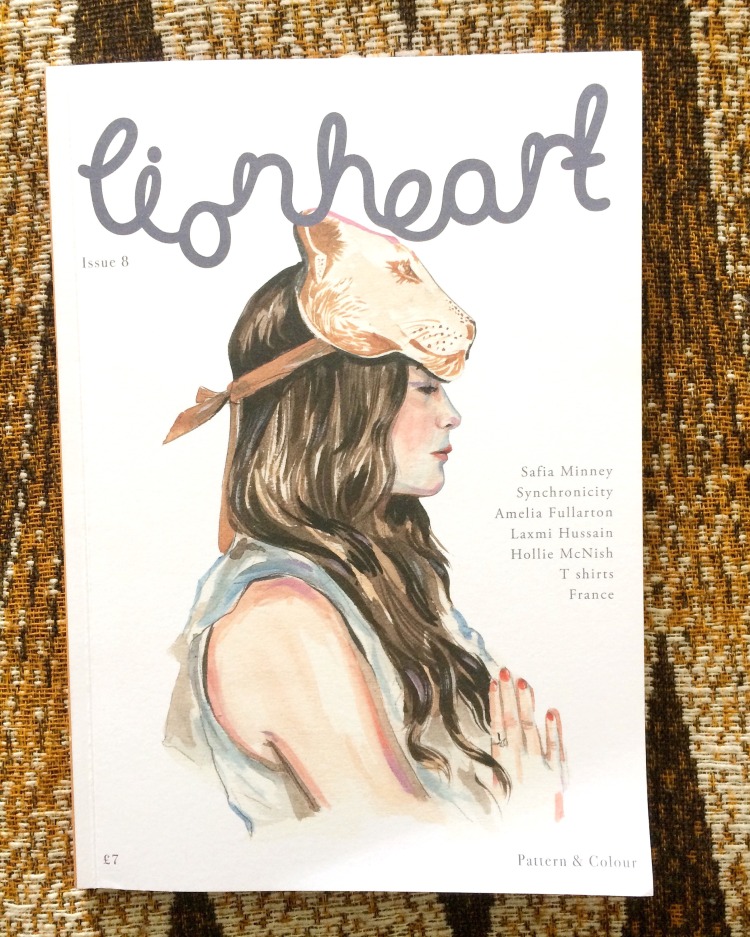 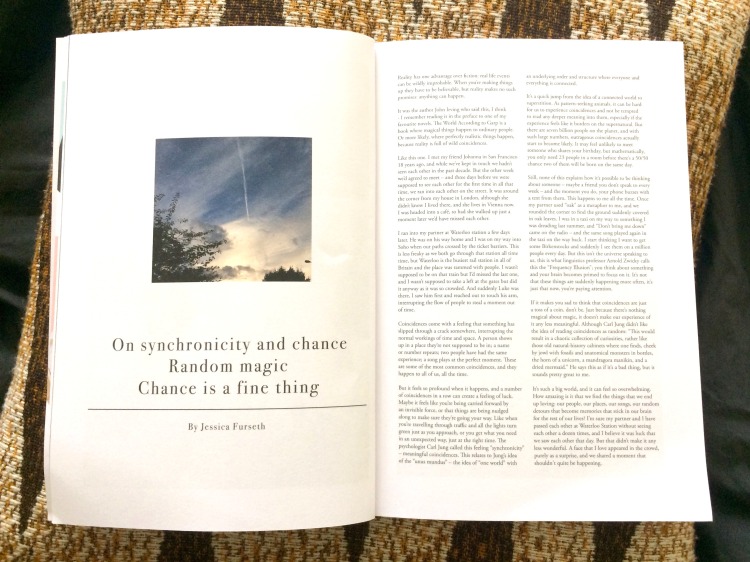 Reality has one advantage over fiction: real life events can be wildly improbable. When you’re making things up they have to be believable, but reality makes no such promises: anything can happen.

It was the author John Irving who said this, I think – I seem to remember reading it in a preface to one of my favourite novels, “The World According to Garp”. This is a book where magical things happen to ordinary people. Or more likely, where perfectly realistic things happen, because reality is full of wild coincidences.

Like this one. I met my friend Johanna in San Francisco 18 years ago, and while we’ve kept in touch we hadn’t seen each other in the past decade. But the other week we’d agreed to meet – and three days before we were supposed to see each other for the first time in all that time, we ran into each other on the street. It was around the corner from my house in London, although she didn’t know I lived there, and she lives in Vienna now. I was headed into a café, so had she walked up just a moment later we’d have missed each other.

I ran into my partner at Waterloo station a few days later. He was on his way home and I was on my way into Soho when our paths crossed by the ticket barriers. This is less freaky as we both go through that station all time time, but Waterloo is the busiest rail station in all of Britain and the place was rammed with people. I wasn’t supposed to be on that train but I’d missed the last one, and I wasn’t supposed to take a left at the gates but did it anyway as it was so crowded. And suddenly Luke was there, I saw him first and reached out to touch his arm, interrupting the flow of people to steal a moment out of time.

Coincidences come with a feeling that something has slipped through a crack somewhere, interrupting the normal workings of time and space. A person shows up in a place they’re not supposed to be in; a name or number repeats; two people have had the same experience; a song plays at the perfect moment. These are some of the most common coincidences, and they happen to all of us, all the time.

But it feels so profound when it happens, and a number of coincidences in a row can create a sense of luck. Maybe it feels like you’re being carried forward by an invisible force, or that things are being nudged along to make sure they’re going your way. Like when you’re travelling through traffic and all the lights turn green just as you approach, or you get what you need in an unexpected way, just at the right time. The psychologist Carl Jung called this “synchronicity” – meaningful coincidences. This relates to Jung’s idea of the “unus mundus” – the idea of “one world” with an underlying order and structure where everyone and everything is connected.

It’s a quick jump from the idea of a connected world to superstition. As pattern-seeking animals, it can be hard for us to experience coincidences and not be tempted to read any deeper meaning into them, especially if the experience feels like it borders on the supernatural. But there are seven billion people on the planet, and with such large numbers, outrageous coincidences actually start to become likely. It may feel unlikely to meet someone who shares your birthday, but mathematically, you only need 23 people in a room before there’s a 50/50 chance two of them will be born on the same day.

Still, none of this explains how it’s possible to be thinking about someone – maybe a friend you don’t speak to every week – and the moment you do, your phone buzzes with a text from them. This happens to me all the time. Once my partner used “oak” as a metaphor, and we rounded the corner to find the ground suddenly covered in oak leaves. I was in a taxi on my way to something I was dreading, and “Don’t bring me down” came on the radio – and the same song played again in the taxi on the way back. I start thinking I want to get some Birkenstocks and suddenly I see them on a million people every day. But this isn’t the universe speaking to us – this is what linguistics professor Arnold Zwicky calls the “frequency illusion”: you think about something and your brain becomes primed to focus on it. It’s not that these things are suddenly happening more often, it’s just that now, you’re paying attention.

If it makes you sad to think that coincidences are just a toss of a coin, don’t be. Just because there’s nothing magical about magic, it doesn’t make our experience of it any less meaningful to us. Although Carl Jung didn’t like the idea of reading coincidences as random: “This would result in a chaotic collection of curiosities, rather like those old natural-history cabinets where one finds, cheek by jowl with fossils and anatomical monsters in bottles, the horn of a unicorn, a mandragora manikin, and a dried mermaid.” He says this as if it’s a bad thing, but it sounds pretty great to me.

It’s such a big world, and it can feel so overwhelming. How amazing is it that we find the things that we end up loving: our people, our places, our songs, our random detours that become memories that stick in our brains for the rest of our lives? I’m sure my partner and I have passed each other at Waterloo station without seeing each other a dozen times, and I believe it was luck that we saw each other that day. But that didn’t make it any less wonderful. A face that I love appeared in the crowd, purely as a surprise, and we shared a moment that shouldn’t quite be happening.